It seems like forever ago,  when S&M released the “Perfect 10” handlebar.

Many thought it was a joke (at first), but sure enough, the 10″ handlebar developed a following.

Granted, despite it burgeoning popularity, there were still plenty of detractors.

I distinctly recall a bike shop employee in California telling me the bars were “overkill” when I inquired if they had any in stock. 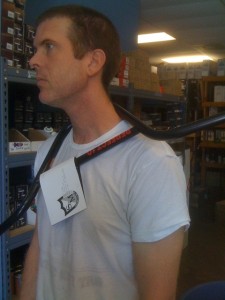 But, just when I thought Perfect 10s would be the absolute tallest BMX bars I would see…S&M brought out the “Elevenz“.

Is there a market for them?

Well, considering that they’re sold out on the S&M site…signs point to yes.

That’s got to be the tallest, right? 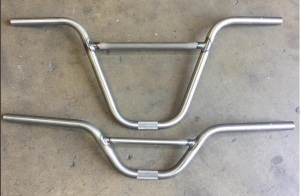 Is this the next step in handlebars?

(And wouldn’t be great if they dubbed these “12 step” handlebars?)

I don’t know…but I was surprised at how the other iterations of “big bars” took off …so it’s anyone’s guess.